Kinetic Indoor Racquet Club is a first-of-its-kind elite sports facility and training center debuting in Boynton Beach, Florida in May 2021.

Regardless of age, skill level or previous experience, our staff is dedicated to helping you reach your goals and live a healthier lifestyle.

Kinetic is uniquely positioned to lead the emerging South Florida racquet sports community because of its dynamic offering and elite coaching. 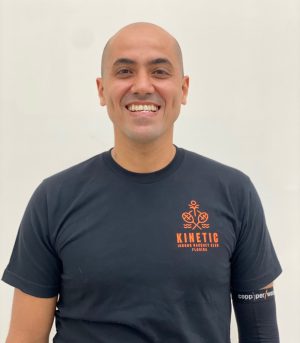 Former World No. 8 professional squash player and co-author of Ready, Set, Squash!, Wael is a renowned squash coach who delivers the same commitment and talent that propelled him to success as a player. Relocating to Florida with his family to further pursue his passion for coaching and mentoring, Wael opened Kinetic Indoor Racquet Club with the objective of starting squash and creating opportunities for players to reach their goals. He has led several juniors to #1 American national rankings, while serving as the US Junior National Coach. In addition, he has helped a number of juniors achieve their dreams of attending a prestigious college, with placements at Harvard, Princeton, MIT, Colombia University, and Yale, to mention a few.

Born in Giza, Egypt, Wael began playing squash at the relatively late age of 13 after switching over from tennis.

A member of the Professional Squash Association (PSA) since 1999, he has long been regarded as one of Egypt’s most gifted players, having made his mark after reaching the podium at the U.S. World Junior Championships and entering the pro ranks in 1998.

As a professional, he was a top ten player for eight years and in 2008 achieved a career-high ranking of #8 in the World. 2010 and 2011 were among some of his best years, with wins at the US Open in 2010 and a victory for Egypt at the 2011 World Team Championships.

In addition to dedication to developing as a squash player, he continued his studies and graduated the Arab Academy College with a degree in Business Administration.

Wael loves music, playing all sports and spending time with his family. 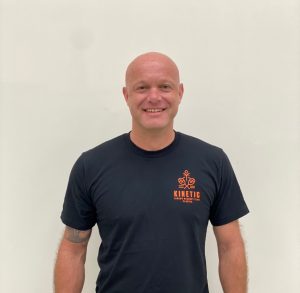 A London native with over 37 years of experience playing squash, Peter advanced through the ranks to compete at the top level.

Now residing in Florida, Peter has built a loyal following and a flourishing squash community. Channeling his enthusiasm and expertise through coaching, he has been successful in producing high-level players at both the junior and senior levels from all over the world.

This has included the European Under-19 Championship, World University Championship, U.S. Open Under-13 Championship, and U.S. Under 19 and Under 17 #1. Furthermore, he has coached many National Team Champions and over a dozen individual National Champions at various levels across Europe and the United States.

Two of his greatest passions are introducing new players to the sport and developing established players. Peter is an exceptional teacher and motivator and has yet to meet someone he cannot help on the court. 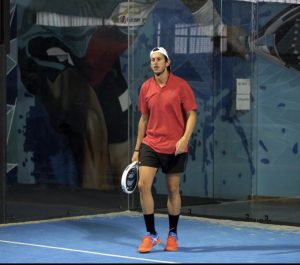 Originally from Spain. I started to play tennis when I was eight years old following the NIck Bolletieri teaching method. While playing tennis I competed in the main junior tournaments.

I started playing padel in 2006. During college I combined my law studies while playing padel  tournaments. Since then I have played in national leagues winning the National Team Masters in 2017. I have also combined my padel experience with working in the legal field for different companies. Padel has an important tactic aspect so I wanted to have a knowledge of padel beyond playing.

In 2016 I obtained the certifications of International Professional and Professional Padel Director with the aim of knowing how to manage a club, sharing my knowledge about padel and getting all players to improve their level. Since then I have taught players of all levels from beginner to advanced. I  have done other training courses with coaches of World Padel Tour. My methodology endorsed by my certifications with games and exercises will make you have fun and improve both technically and tactically.  I assure you that learning is so fast that you will be able to play a real match in just a few minutes. My enthusiasm, passion for padel and my teaching vocation will make you love this sport. I also have the national referee license by the Royal Spanish Padel Federation.
‍
I love travelling around the world, yoga, everything related with sports and spending time with my family.